GOAL: The goal of this film is to get evidence of cinematography for my peers.

INTENTION: The intention of this film is to get some really cool shots and lighting.

This is gonna be a hard and confusing sell to anyone wanting to come on the project. I’ll start by saying that the purpose of this is gathering evidence of cinematography, as I know Neil and Dexter need it. The initial idea was simply that we would make a film in almost complete darkness, to attain a greater degree of control over the light that is present. In essence, this film will follow two pairs of hands playing Jenga, in a completely dark room save for the light directly about the Jenga tower. It’s hard to convey without visuals what this would look like, but I have some inspirations to share.

The first would be this performance by the trio Mummenschanz for two reasons. The first is the minimalistic sound design, the second is the wordless personality conveyed through motion.

The second would be the closing scene of Whiplash, mainly for the use of light and framing of the hands you see throughout this sequence.

This will all be far easier to communicate once I can get some storyboards and a script out, but for now, I’ll include a small materials list.

A guide to planning, researching and creating your DP Film Comparative Study

Guidance for Your Work

“Simple formative analysis of film elements, no matter how precise or insightful, won’t cut it which is why the research question needs to be crafted in such a way that it provides scope for theoretical and socio-historic exploration. It’s basically an EE in disguise but focusing on two very different textual sources.”

For this assessment task, each student identifies, selects, and researches each of the following task components.

The assessment criteria for this task requires students to provide a strong justification for the choice of task components as part of the recorded multimedia comparative study. This includes the student’s justification for how films arise from contrasting cultural contexts.

For this assessment task, “cultural context” involves consideration of some of the following factors, some of which may be blended (such as socioeconomic factors).

Consolidate your thoughts above and develop at least ​THREE​​ different research question possibilities. More are possible by adding additional rows to the table below. FYI these will be shared with the full class for discussion of strengths and weaknesses.

Using your topic options in the table above, select ​ONE​​ to be your final topic for this Comparative Study task. NOTE: There are examples from the IB of what this should look like below this table.

Using the information, scene choices, and external sources you have compiled in parts 6-8, you will now write your voiceover narration and match it up to your chosen visual examples.

For the final Comparative Study, your narration should be no longer than 10 minutes in length.

Remember that you need to:

Now you will collect all media resources needed for the task and construct your video essay.

*NOTE: Separate tutorial and tips sessions will be held throughout this process to provide guidance on recording your voice-over narration and mixing the audio levels successfully.

Examples of Possible Task Components (from the IB)

Teens are overwhelmed, partly because they don’t yet have the skills to manage the unprecedented amount of stuff that enters their brains each day.  – from LifeHacker.com

“Your mind is for having ideas, not holding them.”

“You can do anything, but not everything.”

― David Allen, (GTD) Getting Things Done for Teens: Take Control of Your Life in a Distracting World

You are going to learn to develop your own version of David Allen’s Getting Things Done (GTD) process in this ‘room.’ 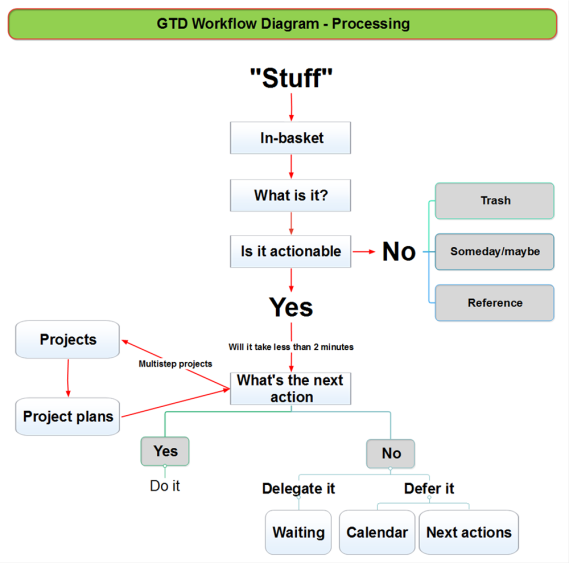 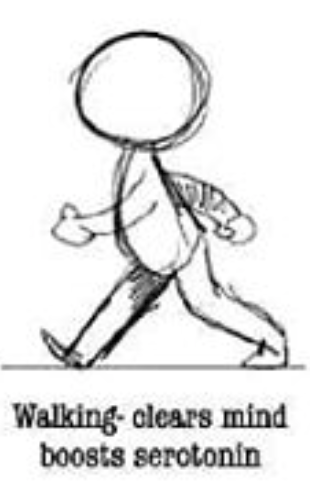 Teens are overwhelmed, partly because they don’t yet have the skills to manage the unprecedented amount of stuff that enters their brains each day.  – from LifeHacker.com

“Your mind is for having ideas, not holding them.”

“You can do anything, but not everything.”

― David Allen, (GTD) Getting Things Done for Teens: Take Control of Your Life in a Distracting World

You are going to learn to develop your own version of David Allen’s Getting Things Done (GTD) process in this ‘room.’ 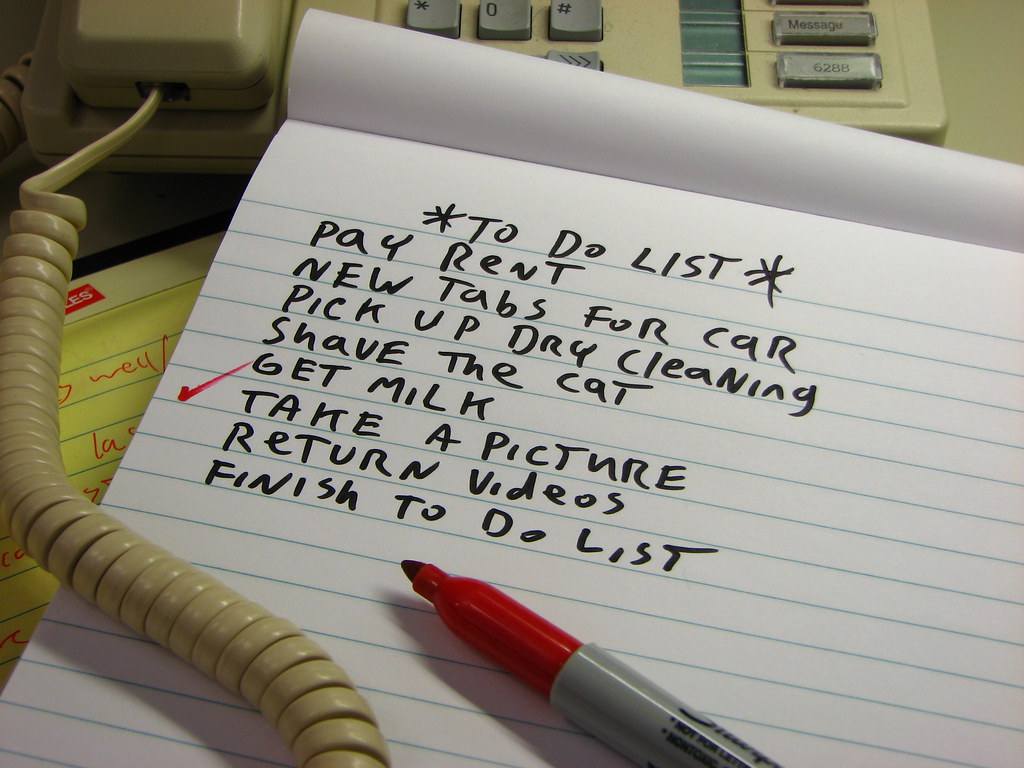 Your toughest work is defining what your work is! –  Peter Drucker

In this ‘room’ you are going to try Getting Things Done (GTD).

STEP 2: NOTICE WHAT YOU NOTICED

Start steps 1 through 3 again, repeat for your school day

“The sequence of industrial, administrative, or other processes through which a piece of work passes from initiation to completion.” – lexico.com

What is a quality workflow?  How do we develop it?  Below are elements of the production cycle that most creative people move through as they create something.  First, we must identify the stages of project production. What is each stage and what are the quality checks for each stage.  Read on and find out!

How do we find ideas to develop?

How do we clarify our specific goal(s) for a project?

How can we brainwrite, brainstorm, storyboard, and plan our ideas at this phase?

How do we communicate with each other and execute our plan for this phase? This is where we actually make the project.

How do we communicate with each other and execute our final stages of the project for this phase? This is where we publish the project.

How do we share our project with our learning community, advisory members, and the world?

How do we conduct a feedback session at the end of the project development cycle? 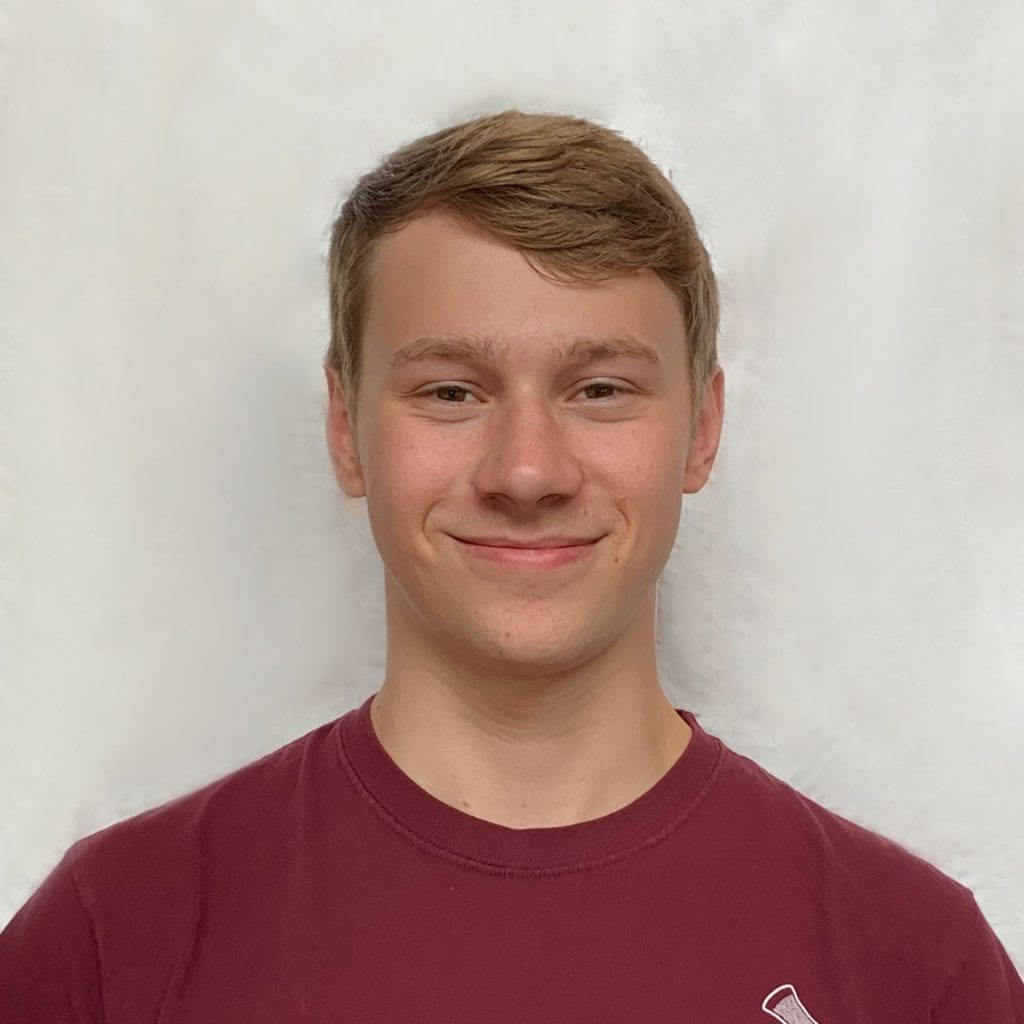 I define success as having the courage and skill to do what you are passionate about with your life, while also being successful in your own terms. To have that success propelled by your own ambition and drive is what makes it real to me.

Calvin Werts is above the curve for where he is. He is swimming in college, a goal he had sought after through high school, and has gotten a job filming and editing in the swimming community, which is exactly the job he wanted to have. He earned every part of it, taking the opportunities where they came despite anything difficult happening in his life at the time.

Calvin Werts is a dedicated worker, a risk taker and someone who loves to laugh. When he sets his mind to something, it will get done. He goes for the result he wants consistently, not necessarily what would be conventional. With all that being said, he is never overly serious, and wants to have fun in his work when he can.

How They Used These Skills

Calvin used his connections in the swimming world he had accumulated through his hard work to get his foot in the door of his favorite work field under that subject matter. He had done volunteer work for the titular CG of CG Sports in order to secure the job he has now. That was a payback 2 years in the making.

Calvin Werts spends most of his time spinning multiple plates, and he finds the time and energy to put into each of them. Through high school he swam 5 hours a day, while also doing full IB and other extracurricular activities Now in college, he has a job as the video editor of a athlete management company alongside his regular classes.

Calvin can let his talent for creative editing and cinematography shine in his current occupation.

What Is My Why?

My why is defined by how what I am doing impacts the people I care about, my own happiness, and what others think of me.

I would want to be either a storyboard maker or concept artist. 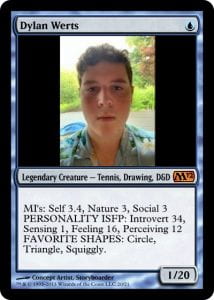 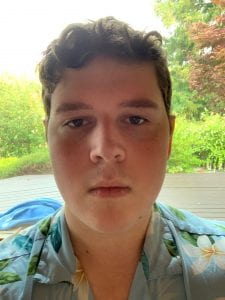 (This is the photo, I added the black bars so that it would fit.)

2000 Onwards: Film Moves Full Circle – and the Future of Movies.